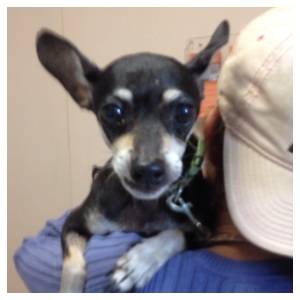 People like me can not even fathom Betty’s kind of poverty, or what leads someone there.  Culture? Role models? Lack of them? Financial ruin? Death? Mental Illness? Addiction?  Our modern-day lepers – It’s just so easy for us to look the other way as they stand amid the traffic, cross to the other side of the street as they approach, and flip someone a buck when we’re feeling generous.  Haven’t they made their own choices?  And if they’re an addict, it’s their own doing!  Why would I feel sorry for someone who poked holes in the crumpled can to burn a rock, put the lighter under the spoon, or climbs inside a bottle with my dollar?

It’s not so simple.  Seriously, do you honestly think that kid sitting next to you in your high school memory really chose to end up penniless and begging?  Many do have substance abuse issues.  I’ve learned so much about addiction lately from Ryan Robertson’s story as well as a blog I read about Phillip Seymor Hoffman.  What an epiphany!  I had no idea.

Maybe it’s because I’m a lot older now, or perhaps life’s cruel lessons have made me better, more adept at saying what I really believe.  Or maybe I just believe different stuff now, because of those lessons.

“Doctor Klein, that woman with last week’s pyometra is on line 2,” declared the intercom, and I quickly finished the call I was on to grab the other line because I hadn’t heard a thing from her in almost a week.  My heart sank when Betty (not her real name) told me “Baby Girl” didn’t like the antibiotics, so she didn’t give them.  The dog “hadn’t really moved much” for the first two days after I had done the surgery.  My heart sank as I prepared for the grim follow-up sentence – the poor little dog had been so very sick from the infection that I knew, even with our surgery, without the antibiotics, there really wasn’t much hope for survival.  It just didn’t make sense.  Why hadn’t she…  This was all a big …  Hadn’t I impressed upon her enough how important this was?  Besides, Amoxicillin suspension tastes really good – I had taken it myself dozens of times as a child!

My worst thoughts were interrupted, “But then, all of a sudden, she jus’ started drinkin’ water again.  So I tried again, and then she drank it ‘real good.’  Nex thang ya no, she’s jus’ a runnin’ and jumpin’ and beggin’ at her food bowl.”  I thanked her for calling, scheduled a recheck, smiled from ear to ear, and did the “happy dance” in a circle around the medical treatment room.

My staff had heard the entire conversation, and although they were glad also, I think it was more because I really suck when I’m in a bad mood, and when I’m in a good mood, I’m basically a pretty big dork.  They prefer the latter.

Surgery is often time for interesting conversation in an animal hospital.  We typically discuss really important stuff like Jack Bauer’s return, last night’s American Idol performances, and the latest Netflix we’d watched.  My CVT’s (kind-of like nurses), assistants, kennel staff, and sometimes some of the receptionists and managers all participate in these important meetings, mainly because they end the morning, and run into the lunch period.  Sometimes we actually do talk about important things, like why the hell is it so hard to keep the controlled drug log exact, why personalities seem to clash, and medical ethics; often this morphs into real world morals and ethics – life lessons, if you like.

So today, after deciding last nights American Idol girls were mostly disappointing, I told them how funny it was that my blog about last week’s pyo had gone viral.  Admittedly, I’ve only blogged for a very short time, so most regular readers have been family, friends, clients, and a few other followers from last year, when I hiked the Camino de Santiago, and amateurishly began to learn to write.  Anyway, I explained that I normally get about 150 or 200 hits a day, and during the Camino there were a few days when I topped 700 views.

Like me, my staff was amazed, but they weren’t unanimous about the merits of how it had played out.

Only then did I learn about the scene, in our front reception area, when Betty came in that afternoon with an intoxicated friend.  While she was rushing around, shouting, concerned that her dog had died, he was also up there, to a full waiting room, talking “crap,” certain that even if the dog was alive, we wouldn’t give her back to them; it was all a trick, that’s how “places like this operated!”  Even after she had her dog in her arms, she was still “rude and disrespectful.” When she was given the bottle of Amoxidrops, she didn’t even say ‘thank you,’ only a remark that she wasn’t gonna pay any more for it, that she’d already “paid in full.”  You can imagine how well this went over with the front staff, but they never shared this part, knowing for sure it would change how I looked back and viewed the whole case.

I could only laugh at these new details.  And I (who knew?) got back on the ol’ soapbox.  “Should I be indignant, that the ‘Supersavior vet’  and his wonderful clinic hadn’t been properly worshipped?  Come on guys, what do you need?  You are missing the entire point.  You don’t help someone because you want them to love you, or even thank you.  Think about it – why do you do nice things for people? Or give someone a gift?”  Before he could answer, I reminded him that this had been rhetorical.  “You don’t do nice things because you want the other person to reciprocate!  That’s not even a gift, that’s an exchange, and you’re always disappointed with what you get back.”

“Here’s the deal.  You’ll be so much happier in life if you always do the right thing, because it’s the right thing, not because you expect someone to do the right thing in return.”  Expect for them not to.  Then it would be a nice surprise.  What’s the point of even walking on this earth if we can’t make it better for our having been here.  Who cares if someone says, “Thank you.”

“I think you are naïve,” my tech said to me, “Why even try? You can’t rescue the world!”  “Daddy mode” kicked in, so I shared a paraphrased  Starfish Poem:

One day an old man was walking down the beach just before dawn.  In the distance he saw a young man picking up stranded starfish and throwing them back into the sea.  As the old man approached the young man, he asked, “Why do you spend so much energy doing what seems to be a waste of time?”  The young man explained that the stranded starfish would die if left in the morning sun.  The old man exclaimed, “But there must be thousands of starfish.  How can your efforts make any difference?”  The young man looked down at the starfish in his hand and as he threw it to safety in the sea, he said,” It makes a difference to this one!”

Someone else then thought they were agreeing when they said we had done it to help the dog anyway, not the woman.  My “daddy mode” was in full throttle now, and I’m sure the churlish cynics will also consider this all to be sanctimonious, holier than thou drivel, but I’m just sayin’…

“No, no, no!  It’s not an “either/or, it’s a both/and!  Although we obviously treated Betty’s dog, that’s not where it ends, or certainly not the “why?”  Remember why people even have pets!”  We had had this discourse plenty of other times, and all were in agreement about the importance of that loving bond.

Of course this story involves a pet, but only because that’s what we do.  It really involves another human being.  I did encourage them to be proud of what they do, and what they did, and where they work, but not smug.  “Because every one of us is an accident, a medical diagnosis, a fire, or a divorce away from living in that cardboard box under the bridge.”  (There, but by the Grace of God, walk I.)  Looking back over 50 years forces me to remember so many dumb things I’ve done, and wonder why not me?  “Besides,” just joining us from her kennel duties, Amy added perhaps the most wisdom, “Even if they have become addicts, I don’t think they drink or do drugs to get high.  It’s to numb the pain and loneliness.”

I remember a colleague at a convention shared with me that he had become a vet because he liked animals more than people, that he “hated” people.  I was stunned.  How do you “hate people” in this profession?  Perhaps it was his whiskey bravado talking to me, but his words still ring in my ears years later.  I do hope he found other work.  I shared this story with a classmate and best friend Jim, who practices not far from me.  We were enjoying a beer (seems to be a theme), watching our beloved Mizzou Tigers, and solving the world’s problems with our wisdom.  He also helps out our church’s philanthropies, such as St. Vincent de Paul and the Brevard Sharing Center (a soup kitchen), so I enjoy sharing our stories together.  Jimmy shook his head and agreed that, maybe he’s naïve, but all the vets he knows, the successful ones anyway, in order to really care about their patients, care about their people first.

And so it is a both/and.  I firmly believe we’ve placed here not only as stewards of our animals but to love and support each other.  At the end of the day, at the end of our lives, when we “que up in front of St. Peter,” which line would you prefer? – the naïve, giving, loving line or the “it’s all about me” line.  That’s the choice.

Betty’s calling us that day was no co-incidence.  Much Love.