Home » Uncategorized » The Teenage Prank and the Angry Driver

A1A is a dangerous road to back into from your driveway. The middle-aged woman was late again for work as she quickly jolted the lever into reverse, placing her coffee on the dashboard and fumbled blindly to buckle her seat belt. Susan’s emotions were so focused on the fight she’d just had with her husband that her flash-glance right and left for traffic proved faulty. As she lifted her foot from the brake to accelerate onto the road, something quickly surged into her periphery. She slammed the brakes, just as the bicycle sped past, coffee spilling all over the passenger seat and down onto the console. His angry words were shouted before he saw her puffy eyes and wet face, “Ass hole!”

He was right, she thought. She was an ass hole, and she had almost killed someone Why couldn’t she and Gerry get along anymore? Maybe he was right too. Every day lately seemed to start like this. She just knew he didn’t care about her anymore and neither of them seemed to put forth any effort at all. Now most mornings seemed to start with these emotions. She would find herself snapping at everyone in the office, and acting out her own misery by causing theirs. This could not go on.

“Please, oh dear God, if you’re even up there, send me some kind of a sign,” she thought the words, hoping He was up there, and somehow could read her mind. Her own mother and now, just last year, her sister had gotten divorces because they were miserable. But they still seemed pretty miserable. Regardless, wasn’t Gerry supposed to “make her happy?” What was the point of being married if they couldn’t be happy? “You complete me,” how distant the memory of those words. How long had it been since he brought her flowers? She’d give anything for roses, or even a single rose. She had to stop crying and get her self together before she arrived at work, so she switched on the radio.

“Happy,” by Terrell Williams was just finishing up, and she snickered cynically just as the DJs on the morning show started talking about today, February 14th. Her anger and frustration now seethed into a depression, and her bottom lip quivered as she bordered on tears again. And she prayed again.

But this time she spoke out loud, for emphasis. “Just send me a sign, any kind of a sign God, and I’ll do anything. Our marriage was supposed to be different, not like all those crumbling around me! Really, I’ll do anything. It won’t be about me, I don’t even care if I’m happy. I am SO SORRY I’ve been so selfish, WE’VE been so selfish. It’s not about me at all, I DO still love him, and I’ll work so hard to show him. Then he’ll see the difference, and start giving for me. That should have been how it worked all along! We’ve been so selfish, so stupid. Send me a sign God, just send me a sign to let me know this is even possible!”

My son Noah glanced down at his new Nixon surfing watch to make sure he wasn’t going to get another “tardy note.” The neighborhood carpool sometimes fell victim to the morning lethargy of its riders, pulling into the high-school parking lot just as the bell rang, with the first class across campus. Sean ran across the grocery store parking lot, clutching the card and bouquet of roses he had procured for his “valentine.” As he charged through the parking lot, the bouquet accidentally met a rear-view mirror and ended up on the pavement. He quickly swooped them back up and slid into the car full of laughing adolescents.

As his sister Kaylie just made it through the yellow light, Sean smiled proudly at the ten-dollar bouquet, but then noticed one of the roses was now drooping down, because the stem had broken in the fall. Pulling that one from the bunch, he rearranged the rest, and said, “These are really pretty!” Everyone laughed, and his sister teased him mercilessly, and reminded him not to leave his trash in her car. The rejected bloom lay on the floorboard, and as they pulled up to the red light he reached down to throw it out the window.

As the window went down, they all looked over to see the woman in the car next to them at the intersection. They laughed hysterically at her angry face, as she seemed to be talking, no shouting at herself. There was no one in the car with her, but she was carrying out quite a conversation. With no one. Or whoever it was, she seemed so mad, or just upset with them. Kaylie pleaded, “No!” as Sean finished lowering the window and motioned to the crazy lady to lower her window. She just knew her brother was going to further torment this emotional looking woman. And perhaps he was, but as he saw the tears in her eyes, he tossed the single rose over at her, and said, “Smile, it’s Valentine’s Day!”

They continued to laugh as they sped off, because Sean’s aim had missed its mark. He hadn’t accounted for his sister’s acceleration, and so the rose hit the car door and slid to the ground. The laughter turned to howls as Noah turned to inform those in the front seat that she had gotten out of her car and picked up the rejected flower.

Having witnessed how this played out, the cars behind did not honk with impatience. This fleeting moment, this silly little adolescent prank had changed Susan’s day. Perhaps her marriage. Perhaps her relationship with God. That rejected rose now was now such a good thing. From out of nowhere, Susan had received the sign she had pleaded for, just seconds before. She smiled as she realized the work ahead of her.

The stone the builders rejected has become the cornerstone (MT 21:42)

You think there’s no God? Or that you’re too small and insignificant? What’s the point of talking with Him? So many people really feel this way. I think we all do sometimes. But this would be a “vending machine” god – ask for something, and get it – or else its a “broken” machine – or an “imaginary” machine. Our Lord may indeed ZAP away a cancer, or change the trajectory of a bullet, but I think our everyday, subtle miracles are much more common than we think. We’re given choices to change our lives. If we pray for patience, we don’t wake up one day as Mother Theresa. No we’re presented, over and over again, with opportunities that require patience, so that we can choose that road, and develop that virtue. We can ask for Faith, but then we’re frustrated with our lack of faith, and then “come to our senses” that it’s all just a joke, some imaginary fairy tale for weak people. But didn’t we plead with God in our times of trial and our own weakness? Is it possible that we simply expected Him to ZAP us with the graces of faith, but ignored His response? All those opportunities He presented us with that required faith, would have enabled us to change our lives and grow.

I truly do believe we live in the midst of so many everyday miracles. We simply fail to see them, and grow frustrated and cynical.

This was a parable. But it was based on true events. Life is based on these very same truths. I pray that I may always see them. 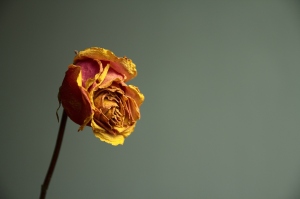 4 thoughts on “The Teenage Prank and the Angry Driver”