The father of the bride was becoming frantic.  He sped up and down the lanes of the church parking lot, but there were no parking spots.  The wedding would start in four minutes! Time for bargaining.  “I know I skip church on game days, or when the bass are biting, or when I just want to sleep late – never again! – I’ll go every Sunday! FIND ME A PLACE TO PARK!!! I’ll never look away when a beggar needs a few dollars.  I promise!  Ok, Ok, I’ll even go to my in-laws next weekend.  AAARRGGGHHH!!! JUST FIND ME A PLACE TO PARK!!!”  Two minutes to go, and the car ahead backs out, opening a place to park.  “Never-mind God, I found one!” 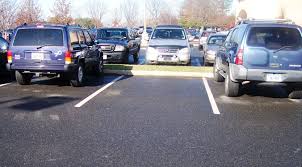 Are prayers answered?  How?  What IS prayer, anyway?  What is it for you?

Is prayer simply asking God for favors?  Is it begging, pleading and deal-making from a “fox-hole?”  Or is it a two way conversation? Certainly, the mystics claimed to hear the voice of God.  Saints Francis of Assisi, John of the Cross, Ignatious, Therese, Bernadette, and many more, wrote volumes sharing what they heard God say.

When I was walking the Camino de Santiago as part of my grieving process, I wanted desperately to hear Charlton Heston or James Earl Jones booming from the clouds, but was met with silence. However, a few hundred miles into the journey, it became clear that our Lord speaks to us in many, many ways.  That clumsy first attempt at blogging described dozens of these “encounters,” apparently quite common on that pilgrimage.

But you certainly don’t have to travel to Spain to encounter God in a very real way.  Many/Most of you may grimace at the idea of God “talking to you.”  Even the “churched,” especially if their faith consists of “checking the box” every Sunday, or even twice a year, may cringe at the idea of someone who claims to hear the voice of God.  SNL skits come to mind ridiculing Jimmy Swaggart and Oral Roberts.  But without “hearing the voice,” can we really get answers?

Answered prayers are news-worthy, because they surprise us.  Headlines, movies, and books are often written to describe cured cancer, inexplicable near misses, and unlikely rescues. These re-invigorate the faithful.  Which is good.  Except…

Why would you pray, if you didn’t honestly feel He was listening, cared about you, and was anxious to have these “encounters?”  If we really believe our prayers could/will be answered, then why is it newsworthy when they are?

Perhaps we simply don’t know how to listen.  Its almost as if we hold out for an answered prayer to be accompanied by a vision, a voice, an apparition.  But, really.  If Jesus of Nazareth is really and truly here with us as we walk each step, every day, perhaps we should express a bit of common sense.

Was the father of the bride (above) expecting an explosion and a new parking lot, with the glowing Christ to be directing him into a parking place?  Wouldn’t a much more logical explanation be that He “directed” the driver of the exiting car to have business finished so they could leave when they did, so you could pull in just in the nick of time for the nuptials?

Likewise, how would the creator of the universe, create the universe?  Wouldn’t you expect it would be so through a natural phenomenon?  How absurd would it be for a big bang to cause itself?

Thomas Aquinas called it the First Cause Argument.

If there is no first cause, then the universe is like a great chain with many links; each link is held up by the link above it, but the whole chain is held up by nothing.

For the smart aleck out there who thinks Steven Hawking adequately addresses this, I’ve read Hawking’s refutation, and even though he’s probably lots smarter than me, he misses the entire point.  He dismisses (see also addendum A) a “caused big-bang,” because:

But therein lies the problem, Christians (as well as most other faithful types) believe God is omnipresent (has always existed), and, in fact, created time, when He created stuff, and non-stuff (space).

It’s the whole “time-space-continuum” thing that makes me as dizzy as that ridiculous quantum physics class (that greatly contributed to my insanity).  Einstein’s insistence to keep asking, “What if…” results in (see also addendum B) his Theory of Relativity, and at least a profound theist belief in a Gd who directed creation. (addendum C).

Time and space are characteristics of our world, not God’s. He is not limited by hours, days and years as we are. In fact, the Bible tells us that “with the Lord a day is like a thousand years, and a thousand years are like a day” (2 Peter 3:8).

And so, if God is “timeless” and not bound by the concept which in fact, we believe He created, it follows that He sees all past, present, and future on the same page – all at the same time.  Therefore, we believe that He knows each of us intimately at the very instant of conception, when we are instilled with what we call a “soul.”  He knows each of our decisions, beliefs, rejections, and our final destiny.  “Clearly this all becomes fuzzy,” especially when we consider Calvin’s treatment of Gods omniscient knowledge of our choices and therefore our destination.  And since God made us this way, including the part of our brain which makes decisions, Calvin had it all figured out with his five pillars – only a “few are chosen,” therefore, most of us are in a bit of trouble.  But it’s not our fault, and we (obviously) didn’t really have free choice.  (That’s Calvin’s bent, clearly not mine).

If, in fact, God is timeless, and we truly believe God can affect and effect the course of outcomes (possibly by giving us additional opportunities to make new “free” choices which change the course HE sees otherwise happening), then it seems to me quite plausible to take this a step further.

Since He sees past, present and future all together, can not He favor our petitions, effecting a change, even if we pray for something after its course has already been determined?  Let’s think about this with a simple example…

Suppose you prayed for an exam scheduled for today to be easy.  You were at the hospital all night with a sick mother, and never even studied.  You knew the test was important, and offered up your petition at her bedside.  Our Lord considered your position and … obliged.  You were THRILLED to see such an easy test.  Every question had an easy answer – it seemed like common sense.  Not only are you thrilled, your confidence in God, prayer, and faith has been affirmed …  UNTIL … The teacher announces that she had had commitments yesterday, and so prepared the questions the previous week – long before any prayers had been offered up.  Your prayers couldn’t have been answered, due to the timing.  It was just an easy test.

Or perhaps you’re on a sailboat and encounter an unexpected storm.  Treacherous waves, unrelenting wind, sounds eerily similar to the hurricane you remember so well.  For hours, all you could do was lower the sail.  The craft was awash, waves cresting well above and over the deck.  Heading into the wind she finds herself “in irons,” and the captain can only lower the sails, and hope the tiny auxiliary motor can keep some semblance of control.  Soon the storm has passed, but out of fuel, you can only drift with the current, and after three days encounter the friendly shores of an unintended island.  Haha, you knew you could do it, and you never really felt in danger.  So exciting, so exhilirating.  The adventure of a lifetime.

However, unbeknownst to you, literally hundreds of thousands of family, friends, and strangers had offered up prayers for your safety.  The fact that the petitions were offered AFTER the storm was over made them, of course, “wasted effort.”  Or were they?  Could the Creator-of-the-Universe have, in the aforementioned time-space-continuum, have considered the petitions about to be offered up, and changed the course that miserable storm was to have on you even before the fact?  Could the winds have finally relented, as you reached a current that would drift you into safety?

How are prayers answered?  I think in many ways.  And I purport that our questions and needs are addressed in many different ways as well.  Perhaps its presumptuous of us to assume that we have the cognitive ability to know the ways of the same Creator-of-the-Universe.  We don’t really expect to hear a deep, resounding human voice from the clouds, do we?  We would be stunned if that actually happened, so clearly we anticipate other forms of response.

We believe that God is love.  Not simply that He loves.  Not simply that He, through His Son, showed us how to love. But rather, that God is love.  Emmanuel – God is with us in the love that we feel from others, and for others.  164,882 people praying for my daughter, expressing love for a complete stranger in need, is in fact, the pure manifestation of God’s love and evidence that in fact, He is with us.

addendum B:  <Planck?> Non Euclidian Geometry evolves into the concept of the “tesseract,” and eventually his Theory of Relativity.

addendum C:  although he rejected the Hebrew (and Christian) notion of a Gd with whom one has a personal relationship, and involved in each of our own personal decisions and destinies.

My new friend Matt, a teacher in California, has a student who had an accident, falling and hitting his head so brutally that he’s been on a ventilator for a week.  His family and friends prayed and held hands, and sang and played guitar in the ICU.  They prayed and told stories, and hugged and lifted each other up.  They prayed and pleaded, and made deals, and became angry, and sullen, and cried, and fell to their knees, and said goodbye to Gregory.

They unplugged the ventilator and lost their friend, their inspiration, their dreams, their son.

We will always look back with regrets.  But we know that living life is at its very core, running the race, not watching others.  How I wish I could lift them up and give them strength.  I’m only able to get out of bed, and put one front of the other, and breathe at all – because I’ve been lifted up and granted strength.  Prayers lift me up, prayers will lift Greg’s family up.

As I’m anticipating my approaching Camino, it occurs to me that the running of this race seems like the running of the bulls – absurd to those watching, exhilarating to us running.  When we stumble and fall, the near misses force us to doubt whether it has been worth it to be here.  Then we see the horns approaching a neighbor; we swoop them up to safety.  We can because we’re here.  I’ll be in Pamplona in a few weeks for the first time.  Again.